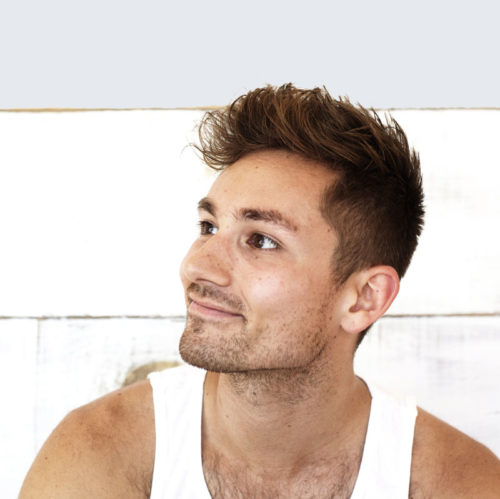 Brendon always had a hot and cold relationship with fitness growing up. He spent two seasons running short distance track in high school and played youth soccer for about 12 years, but they never really clicked with him. For many years, music was everything and he eventually found himself touring in a band, living the life of a broke, DIY musician. When that didn’t work out, he decided it was time to graduate from UMASS Amherst, where he earned a Bachelor of Arts in Communication. A few years later he ran his first 5k and soon after found November Project. That’s when he really started to explore a new love of fitness. Since then, he’s been busy running more 5Ks, 10Ks, half marathons, a full marathon, riding centuries, and currently, training for his first Olympic triathlon in Chicago. Instructing at The Handle Bar is the natural evolution of who Brendon is, combining his love of music with his passion for pushing his body to its limits. His classes pulse with heavy beats and vibrant energy, guaranteeing you to sweat it out to some hot jams. During the day he works as a manager of corporate citizenship for a prominent health insurance company.

what’s your guilty pleasure?
Video games. I listen to the Giant Bombcast every week and I built my first computer recently, specifically so that I could play Mass Effect 2 at 60 frames per second. Don’t judge me.

if you could eat one food for the rest of your life, what would it be?
The buffalo wings at Corner Tavern – seriously, if you like buffalo wings do yourself a favor and stop reading this and go there now. Seriously.